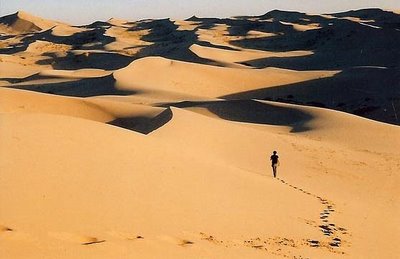 Now is the Time

Now is the time for man to make a stand
To halt the destruction he has caused
In the past.
Top of the pops in the ratings
Of earth’s inhabitants, brain-wise,
Supposedly,
Man has been irresponsible,
Immature and negligent,
Causing untold damage to our planet.
His greed has overcome his morals
And ethics,
If, indeed, he had any to start.
He has been the destroyer for too long,
Trashing, over time,
Ecosystems, microcosms,
Undiscovered flora and fauna
Which may have held the key to cures
Of some dread diseases.
If he wishes to survive the consequences
Of his rash behaviour
He must now, immediately,
Admit his failure to fulfil his role as leader
And change his ways to save us all.
Man, the destroyer, must now become
Man, the protector, conserver, overseer and guardian
Of our planet’s health.
This is the only way our species can survive
Into the future and beyond.

This site uses Akismet to reduce spam. Learn how your comment data is processed.

All content on this site ©Adeeyoyo aka DGA aka Denise G Allen unless expressly stated otherwise.

This work is licensed under a Creative Commons Attribution 3.0 Unported License.

we are in
SouthAfricanPlanet
South Africa

we are in
SouthAfricanPlanet
South African blogs

Join 1 Goal: Education for All

http://www.join1goal.org/home.php 1GOAL is a campaign seizing the power of football to ensure that education for all is a lasting impact of the 2010 FIFA World Cup. By bringing together footballers and fans, charities and organisations around the world we can call on world leaders to make education a reality for 72 million children by 2015.
Denise Allen

From Around the World